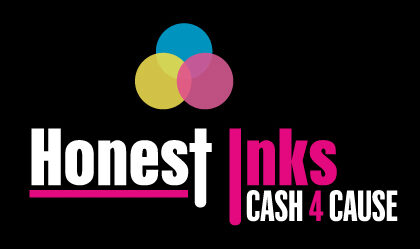 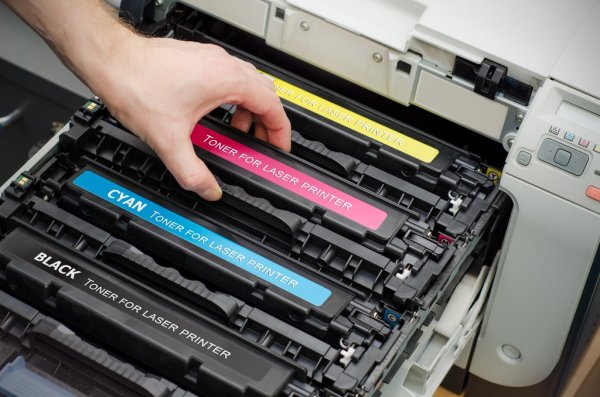 What is a Toner Cartridge?

A toner cartridge, also called laser toner, is the consumable component of a laser printer. Toner cartridges contain toner powder, a fine, dry mixture of plastic particles, carbon, and black or other colouring agents that make the actual image on the paper. The toner is transferred to paper via an electrostatically charged drum unit and fused onto the paper by heated rollers during the printing process. It will not stain like ink cartridges, but it can get messy if handled improperly.

Laser printing is an electrostatic digital printing process. It produces high-quality text and graphics (and moderate-quality photographs) by repeatedly passing a laser beam back and forth over a negatively charged cylinder called a “drum” to define a differentially charged image.[1] The drum then selectively collects electrically charged powdered ink (toner), and transfers the image to paper, which is then heated in order to permanently fuse the text, imagery, or both, to the paper. As with digital photocopiers, laser printers employ a xerographic printing process. Laser printing differs from traditional xerography as implemented in analog photocopiers in that in the latter, the image is formed by reflecting light off an existing document onto the exposed drum.

Toner is a powder mixture used in laser printers and photocopiers to form the printed text and images on the paper, in general through a toner cartridge. Mostly granulated plastic, early mixtures only added carbon powder and iron oxide, however, mixtures have since been developed containing polypropylene, fumed silica, and various minerals for triboelectrification.Toner using plant-derived plastic also exists as an alternative to petroleum plastic. Toner particles are melted by the heat of the fuser and are thus bonded to the paper.

Laser toner cartridges for use in colour copiers and printers come in sets of cyan, magenta, yellow and black (CMYK), allowing a very large colour gamut to be generated by mixing.